Those of you familiar with my work will know that I love natural, seasonal designs using fresh flowers, herbs and foliage to create lush and luxurious bouquets and arrangements. However as much as I work seasonally I still have to import most of the flowers I use and as somebody who always puts local and British produce ahead of imports in my shopping basket I’d love to be using more locally and British flowers.

Sadly there are very few commercial British Flowers growers in existence having been pushed out of business over the last few decades into more commercially viable crops, or out of farming altogether. However more recently there has been a bit of a British Flowers revival with many small, cottage garden growers starting to come to the fore along with the remaining commercial growers like Clowance in Cornwall and as a florist it’s very exciting!

This year through the powers of twitter and British Flowers Week I discovered Faye at Rural Floral in Bromyard, just over the hills who has started a cut flower patch in the Herefordshire countryside. Throughout the summer I have popped over to cut buckets of beautiful blooms for weddings where a cottage garden, wild-flower look was order of the day and it’s been fab! The best sweet peas I’ve ever seen, delicate ammi and nigella, daisy-like cosmos and most recently divine dahlias! 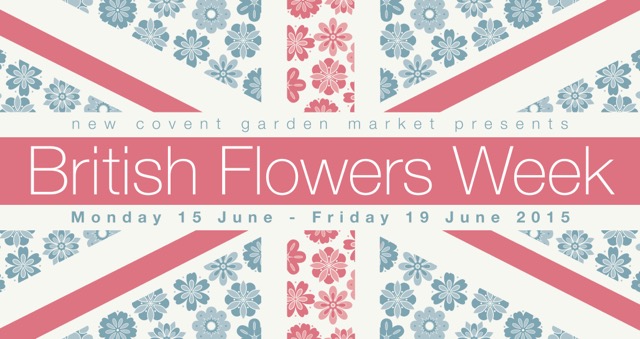 So when I was given the opportunity to have a display at the Three Counties Autumn Show featuring British Flower growers and florist it seemed only natural to team up with Faye to create something to delight visitors and inspire them to seek out British grown flowers. Along with 6 other florist-growers and Jonathan Moseley floral designer and judge from BBC’s Allotment Challenge we put on display the very best of British blooms.

We decided to go big and decorated an arch with locally grown Herefordshire hops from Townend Farm in Bosbury and adorn it with dahlias from Faye’s cutting garden. 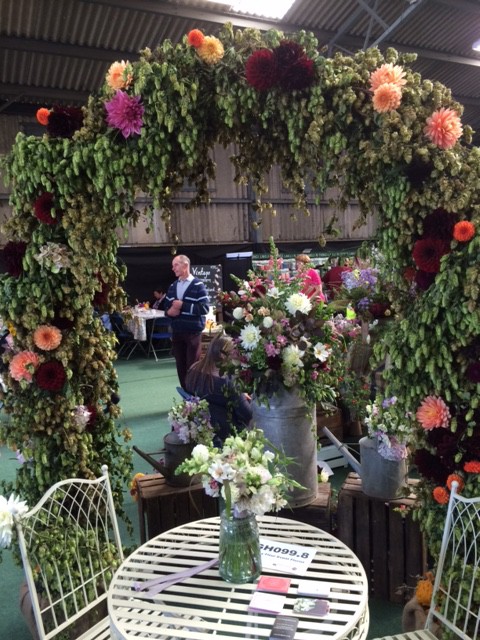 Under the archway I filled a vintage milk churn with a mix of autumnal flowers, foliages and grasses from Faye and Clowance, hops from Townend and wheat from a farm just up the road. 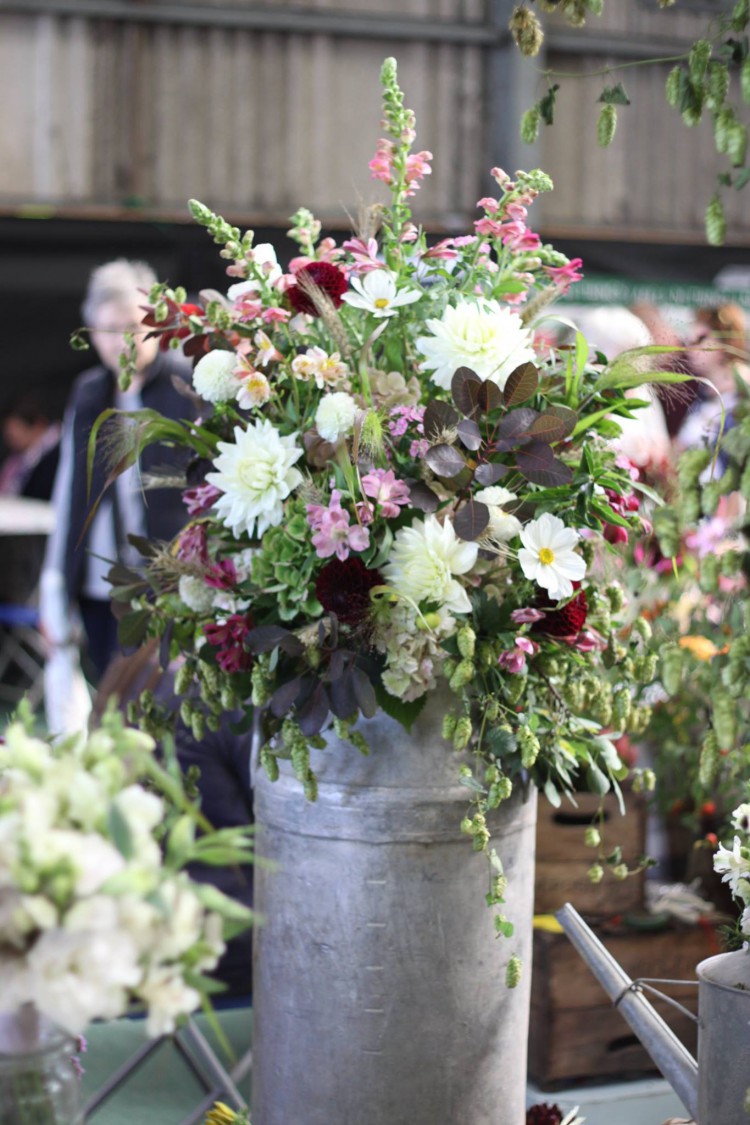 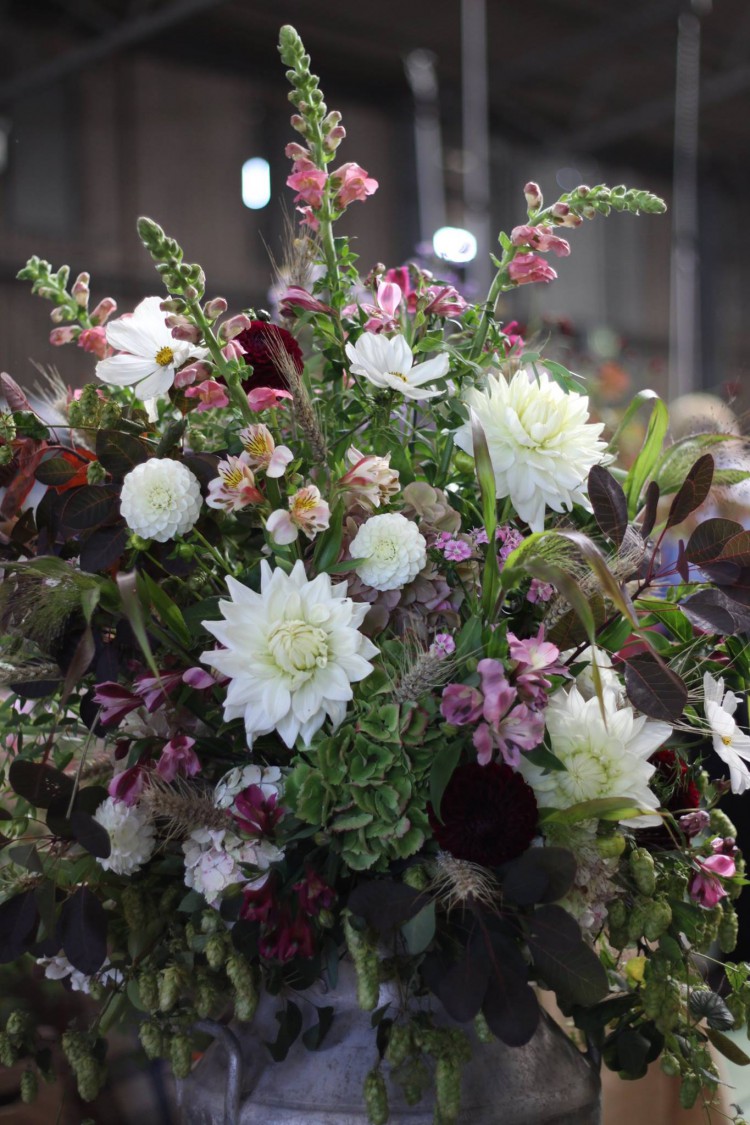 Either side of the churn were vintage galvanised watering cans filled with pretty pastel flowers including cosmos, scabious, snapdragons, alstromeria and hydrangea. 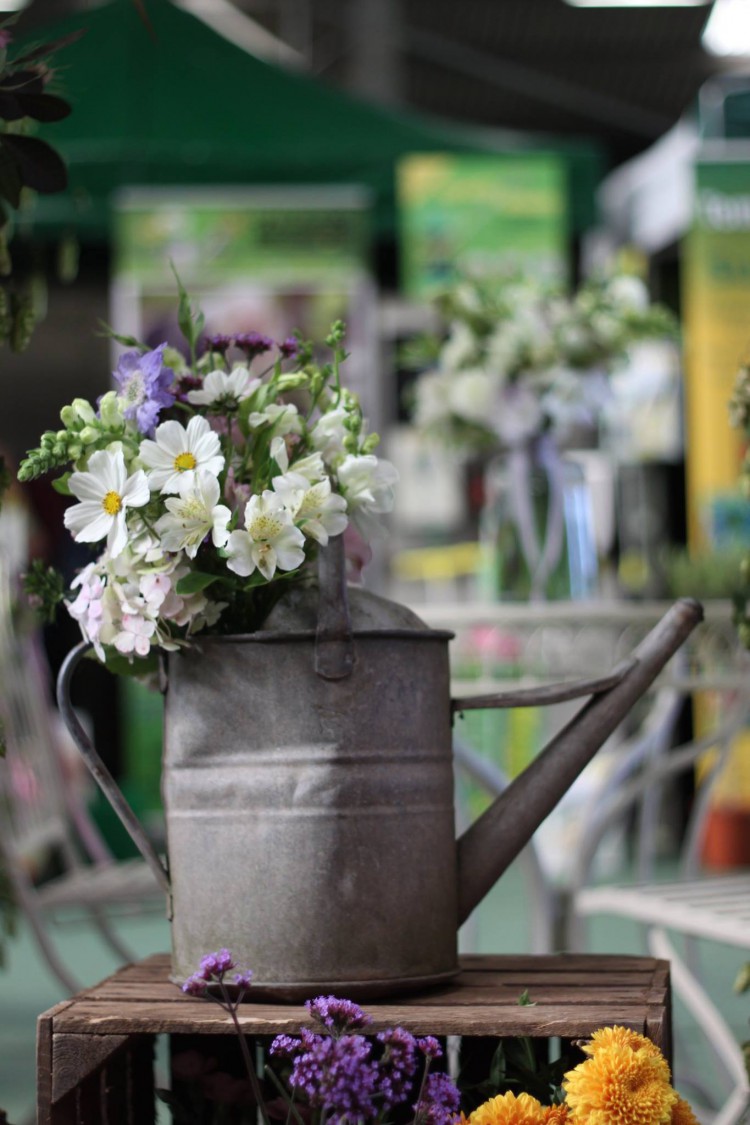 I also created a brides bouquet in whites, creams and the palest lilac colour from lisianthus from Clowance bound with a mauve silk ribbon. Faye provided some lovely grasses which added texture and lightness. 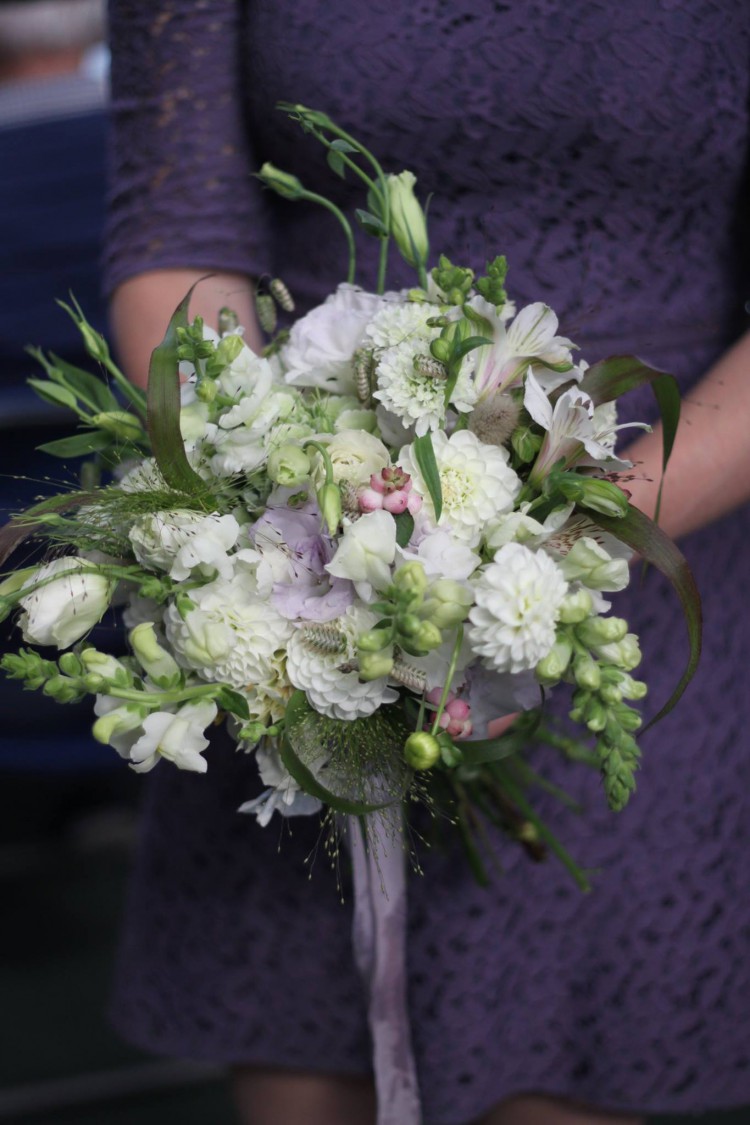 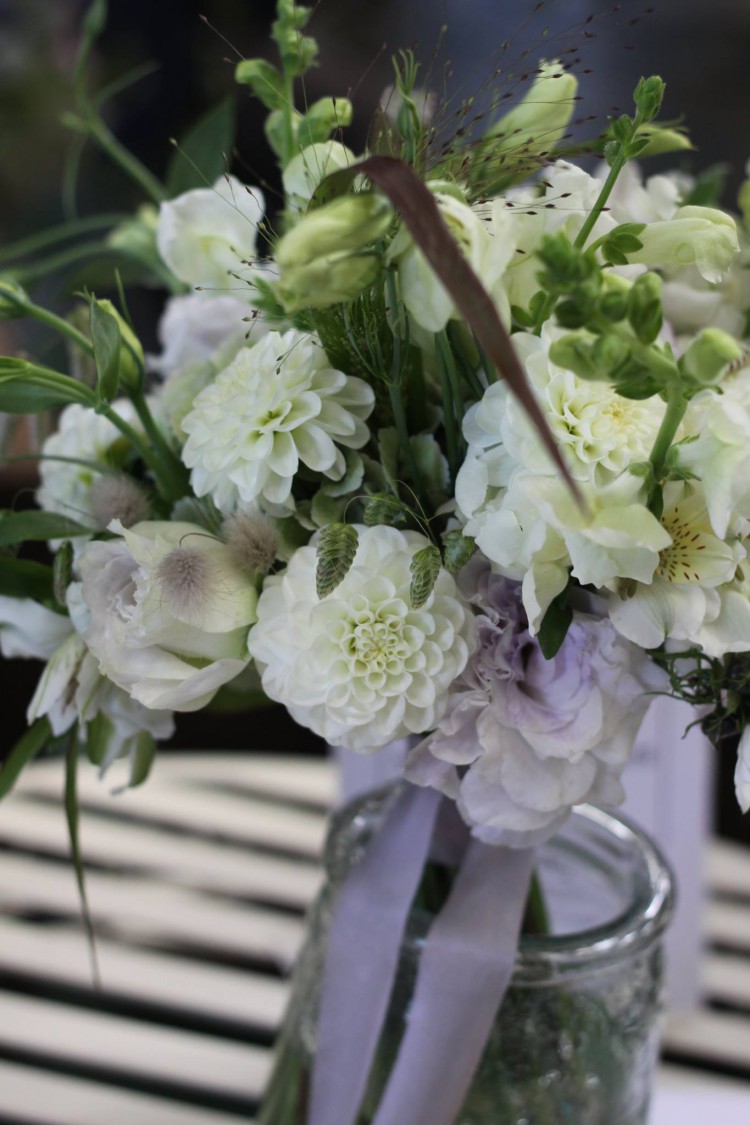 Next to our stand we had a vintage tea room run by Hawthorn Catering serving the most delicious cakes and teas and coffees in proper china! We all made floral crowns for the waitresses, with me and Faye creating the crowns in our demo. Faye made a gorgeous one from different coloured heathers, whilst mine had dahlia, hops, hydrangea and heather in, and I think you’ll agree the girls looked great! 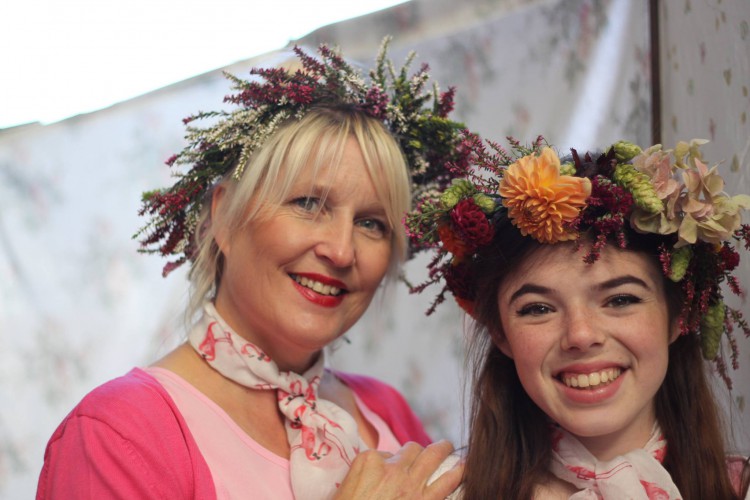 It was a great couple of days, with lots of lovely feedback and interest from the public, we even received a third prize for our display which was very exciting! If seeing all these lovely British flowers has got you interested then do check out the links below for the other exhibitors, and also some sources of information on where you can find growers and florists local to your area. I’ll leave you with some more images from the show…..

The six exhibitors were:

Wild Bunch Flowers from the Garden

For more information on British flowers – growers, suppliers and events do try the Flowers from the Farm website and also The British Flower Collective. 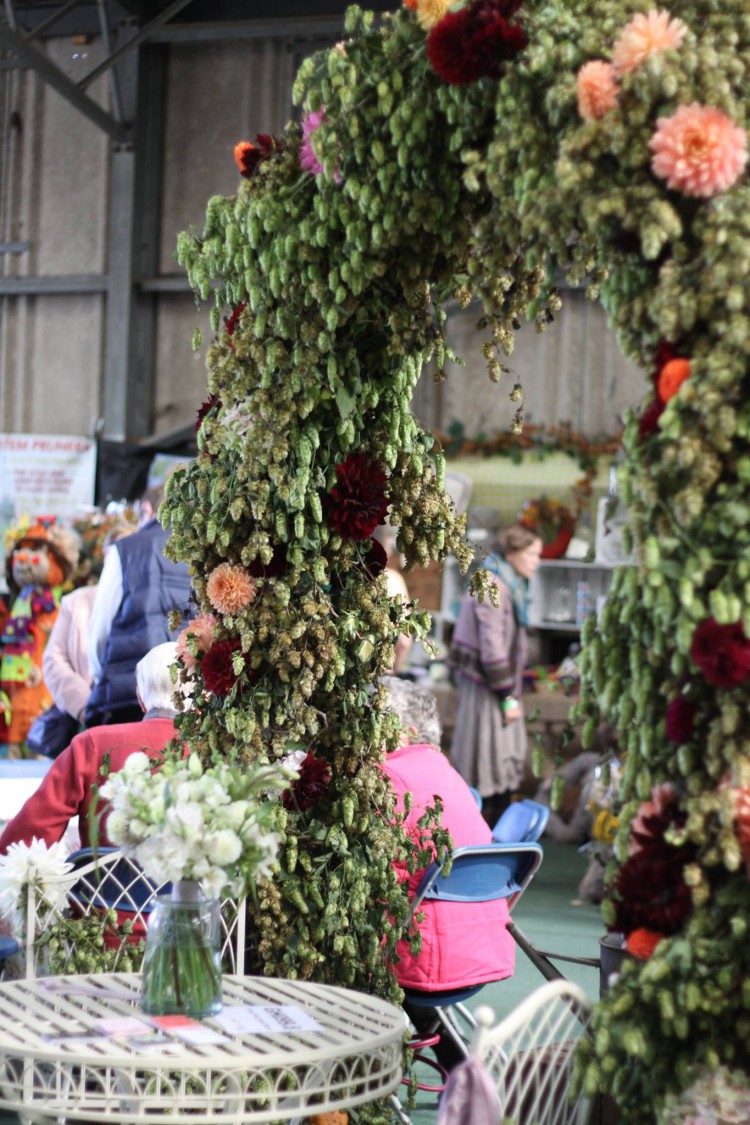 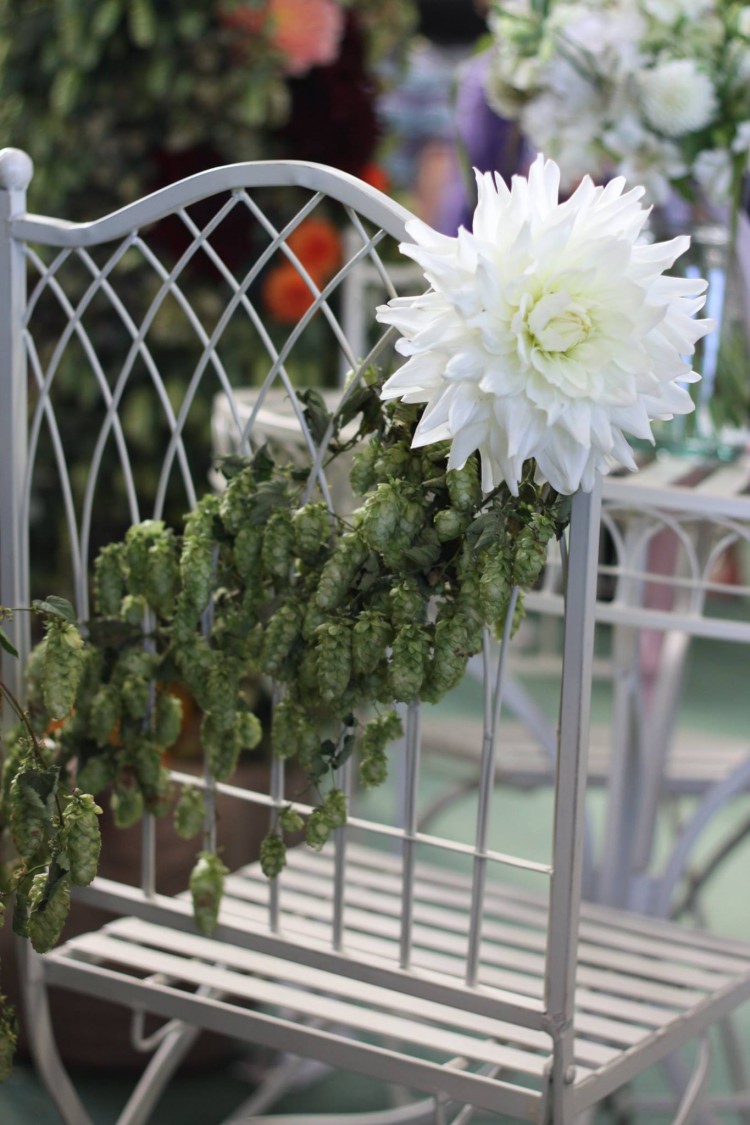 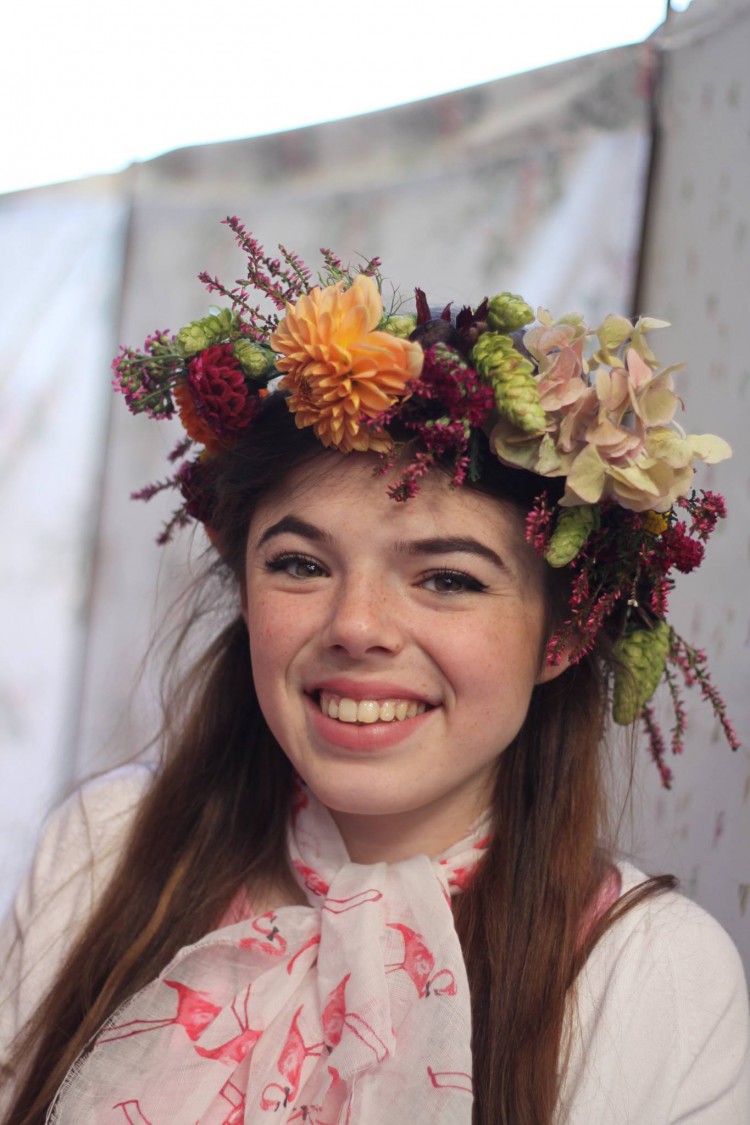 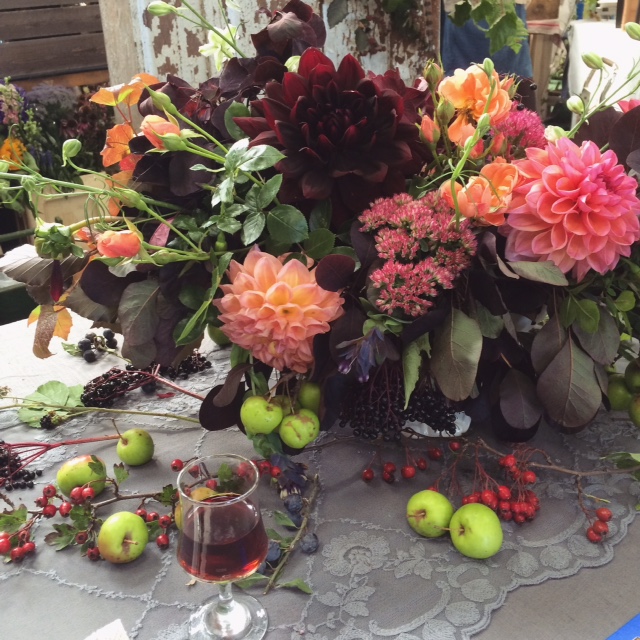 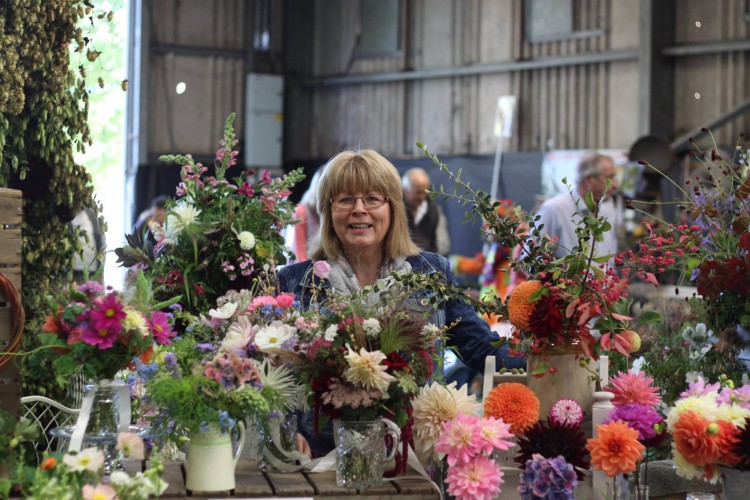 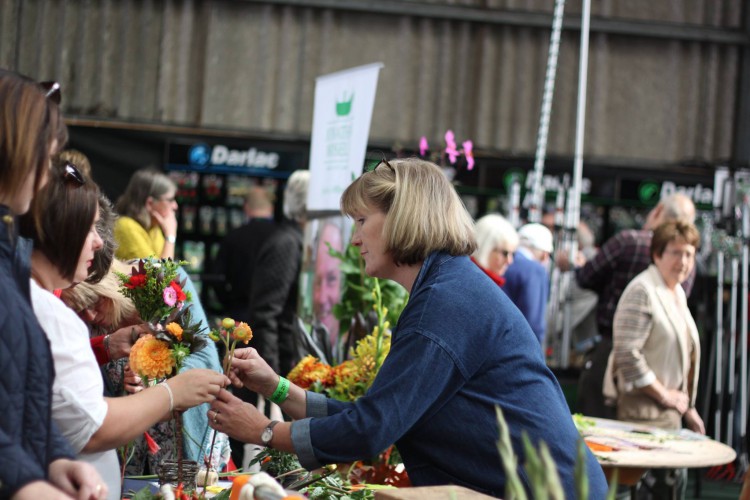 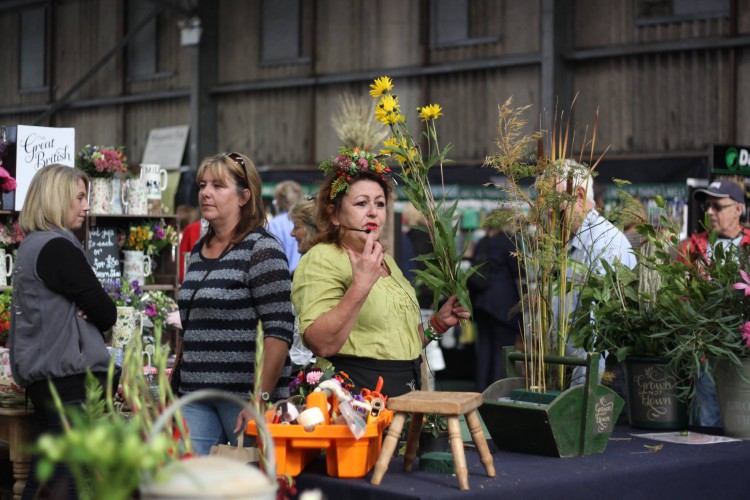 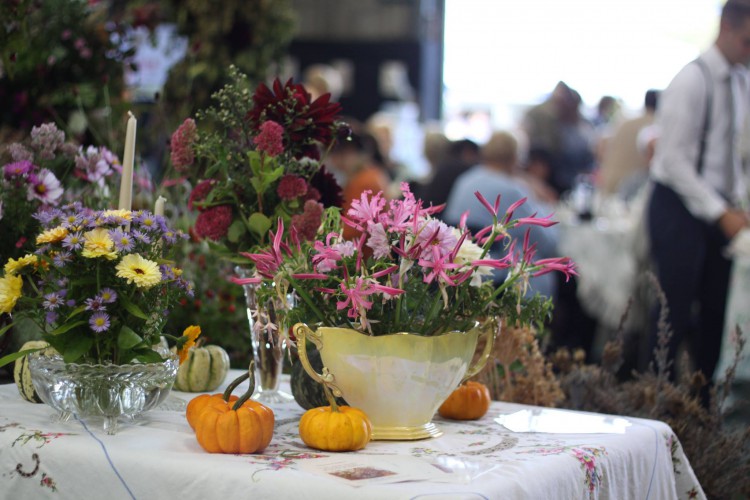